The Cite Black Women Podcast
In addition to our ongoing work on social media (Twitter, Facebook and Instagram) and our new website and blog, we also have the Cite Black Women podcast, a bi-weekly program with a simple message: Cite Black Women. "We have been producing knowledge since we blessed this earth. We theorize, we innovate, we revolutionize the world."

This bi-weekly podcast features reflections and conversations about the politics and praxis of acknowledging and centering Black women’s ideas and intellectual contributions inside and outside of the academy through citation. Episodes feature conversations with Black women inside and outside of the academy who are actively engaged in radical citation as praxis, quotes and reflections on Black women's writing, and conversations on weathering the storm of citational politics in the academy, decolonizing syllabi and more. For more information about our project follow us on Twitter, Facebook and Instagram @citeblackwomen and access our website at citeblackwomencollective.org

And don't forget to support us by subscribing to our podcast on Soundcloud, Google Play, Stitcher or iTunes. 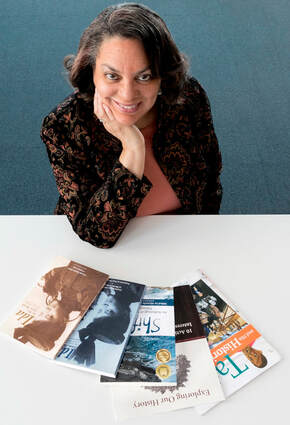 This week's episode of the Cite Black Women podcast is in commemoration of Ida B. Well's birthday (07/16/1862).  Cite Black Women Collective member Michaela Machicote speaks with Professor Michelle Duster: scholar, community advocate, and the paternal great granddaughter of Ida B. Wells. In this episode we discuss Duster's scholarship, her commitment to memorializing Wells in Chicago, and her career trajectory.

Michelle Duster is an author, speaker, and educator who believes it is essential that the contributions women and African Americans made to the United States be told in a more complete and accurate way.  She is active with various local and national public history projects, committees, and organizations that create, document and promote the many “untold” stories. She has written articles for several publications including Essence, Huffington Post and Teen Vogue and is a regular contributor to The North Star. In the last dozen years, Michelle’s writing has been included in nine books. She co-edited Shifts: An Anthology of Women’s Growth Through Change, co-wrote the popular children’s history book, Tate and His Historic Dream, plus wrote and edited two books that include the writings of her great-grandmother, Ida B. Wells -  Ida In Her Own Words and Ida From Abroad. Her most recent book that she co-edited is Michelle Obama’s Impact on African American Women and Girls.
She was born and raised on the South Side of Chicago. She earned her B.A. in Psychology from Dartmouth College and her M.A. in Media Studies from The New School in New York City. She has received numerous awards including the 2019 Martin Luther King Jr. Social Justice Award from Dartmouth College. She teaches business writing at Columbia College Chicago. She is currently working on a pop-culture biography of her great-grandmother Ida B. Wells titled Ida B. The Queen, and several other writing and public history projects to be completed in the next two years. 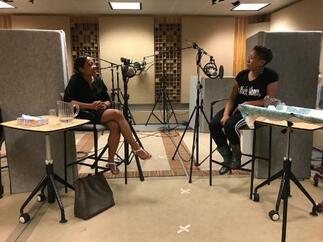 Ashley Farmer is a historian of black women's history, intellectual history, and radical politics. She is currently an Assistant Professor in the Departments of History and African and African Diaspora Studies at the University of Texas- Austin. Her book, Remaking Black Power: How Black Women Transformed an Era, is the first comprehensive study of black women's intellectual production and activism in the Black Power era.  She is also the co-editor of New Perspectives on the Black Intellectual Tradition. Dr. Farmer's scholarship has appeared in numerous venues including The Black Scholar and The Journal of African American History. Her research has also been featured in several popular outlets including Vibe, NPR, and The Chronicle Review. Farmer earned her BA from Spelman College, an MA in History and a PhD in African American Studies from Harvard University.
​ 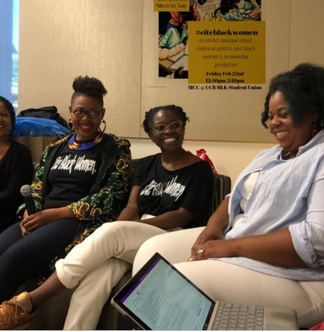 On Friday February 22, 2019, the Black Graduate Students Association in collaboration with the LUTA initiative at the University of California Berkeley held a special Cite Black Women event alongside the ANTI-BLACK STATE VIOLENCE ACROSS THE AMERICAS symposium that occurred on campus at the same time. This Cite Black Women event, organized by Caleb Dawson in collaboration with Ayana Flewellen, Derrika Hunt, Malika Imhotep and Regan Patterson, brought together dozens of people from the campus community and featured a candid dialogue about citational politics and Black women’s knowledge.
In addition, special guest Andreia Beatriz dos Santos, the co-founder of the Winnie Mandela School in Salvador, Bahia, Brazil (our t-shirt sales proceeds go to this school) was also in attendance. This candid and vibrant conversation represents the next generation of the Cite Black Women initiative - young scholars talking about the ways that citational practices influence their graduate school experiences and beyond. Enjoy. 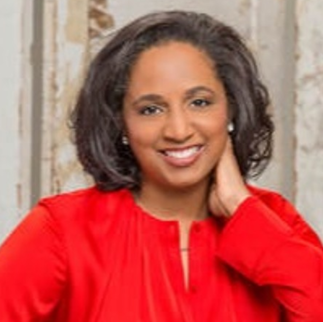 In this last episode for Black History Month 2019, Cite Black Women founder Christen Smith interviews historian Daina Ramey Berry, the author of five books on gender and slavery in the United States. In this conversation we talk about the powerful and reflective work of writing about our collective past, the relationship between the commodification of Black women during slavery and the politics of citational erasure and the importance of reading our history and mentoring for Black women.
Dr. Daina Ramey Berry is a specialist on the history of gender and slavery in the United States and Black women’s history. She is the award winning author and editor of five books and several scholarly articles. Her recent book, The Price for their Pound of Flesh: The Value of the Enslaved, from Womb to the Grave, in the Building of a Nation (Beacon, 2017) has been awarded three book awards including the 2018 Hamilton Book Prize from the University Coop for the best book among UT Austin faculty; the 2018 Best Book Prize from the Society for the History of the Early American Republic (SHEAR); and the Phyllis Wheatley Award for Scholarly Research from the Sons and Daughters of the US Middle Passage. Berry’s book was also a finalist for the Frederick Douglass Book Prize. In addition to her written work, Dr. Berry has received teaching awards from every university she’s taught. Recently she received the President’s Associates Teaching Excellence Award at UT Austin, an honor reserved for 8 faculty members across campus.
Prof. Berry has received prestigious fellowships for her research from the National Endowment for the Humanities; the American Council of Learned Societies; the American Association of University Women and the Ford Foundation. She is a Distinguished Lecturer for the Organization of American Historians and has been featured by major news outlets from around the country. She is currently finishing a co-authored book with historian Kali Gross, A Black Women's History of the United States (Beacon Press, 2020), creating an online resource on slavery for K-12 educators.